A principal duty of the Mosquito Abatement Coordination (MAC) Office is to conduct surveillance of mosquito-borne diseases as an early warning system. Adult mosquitoes are trapped statewide weekly from June through September. Samples are then tested at the Rhode Island Department of Health (RIDOH) Laboratory for the presence of Eastern Equine Encephalitis (EEE) and West Nile Virus (WNV). Appropriate responses to suppress disease carrying mosquito populations are based on those results.

The most effective way to reduce the risk of acquiring EEE and WNV is to reduce exposure to mosquito bites. Mosquito biting is more prevalent at dawn and dusk, in the shade and at temperatures above 55 degrees. Wearing protective clothing and using repellents containing DEET are effective ways for reducing risk. It is also important to maintain screens and prevent stagnant water from collecting in artificial containers around the home. View RIDOH's website at www.health.ri.gov/mosquito for more mosquito prevention tips.

The most effective way to prevent infection from Eastern Equine Encephalitis virus is to prevent mosquito bites. Mosquitoes bite during the day and night. Use insect repellent, wear long-sleeved shirts and pants, treat clothing and gear, and take steps to control mosquitoes indoors and outdoors. 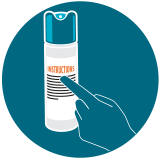 Get rid of mosquito breeding grounds 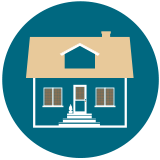 This method is one of our most effective tools to reduce the number of biting mosquitoes by preventing the larval stage from maturing into adults. The product used in the applications is called Bti, a naturally-occurring bacterium that comes in a granular form. The EPA has concluded through a variety of studies that Bti does not pose a risk to humans. Bags of Bti was loaded onto a helicopter, which disperses the granules/pellets with precision in swamps and other breeding habitats to control mosquitoes breeding. Bti produces toxins that specifically affect the larvae of only mosquitoes, black flies and fungus gnats. These toxins do not affect other types of insects including honey bees. It is approved for pest control in organic farming operations.

Sometimes the state and/or local communities ground or aerial spray pesticide to control mosquitoes in a variety of environments such as outdoor residential and recreational areas, commercial urban areas, and rural areas. Mosquitoes are a nuisance that impact quality of life, and they also can carry diseases, such as Eastern Equine Encephalitis (EEE) or West Nile Virus (WNV). Aerial spraying was last conducted during the 2019 season.

When is aerial spraying of insecticides considered?

In situations where there is an elevated risk of human disease, state or local officials may consider the use of an aerial pesticide spray in the evening and overnight hours to reduce the number of infected, adult mosquitoes in the specific areas of elevated risk. Many breeding areas of high concern are not accessible by truck-mounted ground sprayers. It should be noted that although the aerial spraying is considered necessary to reduce human risk, it will not eliminate risk. It is critical that residents protect themselves from mosquito bites by staying indoors during peak mosquito hours, applying insect repellent when outdoors, draining standing water where mosquitoes breed, repairing screens, and protecting animals and pets.

How is aerial spraying conducted?

What pesticide product is used in aerial spraying?

The pesticide used is called Anvil 10+10, a product extensively tested and used in both ground-level and aerial spraying in the U.S. to control mosquitoes. Anvil 10+10 contains two ingredients: Sumithrin and Piperonyl butoxide. Sumithrin is an ingredient similar to the natural components of the chrysanthemum flower which is also found in other pesticide products used indoors, in pet shampoos, and tick control treatments. Sumithrin is rapidly inactivated and decomposes with exposure to light and air, with a half-life of less than one day in the air and on plants. In soil, it degrades rapidly. Sumithrin has proven to be extremely effective in killing mosquitoes worldwide for more than 20 years. Piperonyl butoxide (PBO) helps Sumithrin kill mosquitoes. The product is registered by the US Environmental Protection Agency (EPA) and in Rhode Island, Connecticut, and Massachusetts for this use.

Why is this pesticide used?

Sumithrin has proven to be extremely effective in killing mosquitoes worldwide for over 20 years. The chemical properties for Anvil provide the widest margins of safety for human and environmental health when used properly by certified professionals trained to use mosquito control pesticides.

Has this pesticide been used previously in Rhode Island, and elsewhere, to control mosquitoes?

Yes. It has previously been used in Rhode Island in 2019 and specifically in Westerly in 1996. It is currently being used in Massachusetts; it was also used in Massachusetts in 2006, 2010, and 2012. Many other states, including New York, New Jersey, Illinois, Delaware, North Carolina, Arkansas, Florida, Alabama, Louisiana, Texas, regularly use it to control mosquitoes.

What are the environmental characteristics of this pesticide?

Sumithrin is short-lived in the environment. It breaks down rapidly with exposure to air and sunlight. In soil, it degrades rapidly. It does not dissolve easily in water and is broken down by microorganisms in streams and water bodies that receive sunlight.Thus, residues in water are unlikely.

Can these targeted ground and aerial sprays with adulticides harm insects or wildlife?

The EPA has evaluated these pesticides for their safety and has determined that they do not pose an unreasonable risk to birds or mammals, if used according to the product label directions. Anvil and other similar pesticides are toxic to land-dwelling and water-dwelling invertebrates (e.g., dragonflies, beetles) and to fish. There is less risk to fish in larger ponds than in smaller ones and the risks to large natural water bodies are minimal. However, people may want to cover small ornamental fish ponds in their yard during the night of spraying. These fishponds can be uncovered in the morning after spraying has been completed.

Is there a risk to drinking water sources?

In 2019, aerial spraying occurred in four areas of Rhode Island that state officials assessed to be at critical risk for the Eastern Equine Encephalitis (EEE) virus.

In all, the state treated parts of 21 communities over three nights, from September 8 to 10, with a pesticide formulated to kill adult mosquitoes. The flight crew used the pesticide, called Anvil 10+10, at an extremely low concentration, dispersing a total of 556 gallons across 115,179 total acres – meaning that 6/10 of an ounce, aerosolized, was used to treat an acre. That's the equivalent of slightly less than four teaspoons per acre.

Sunday, Sept. 8: Zone 1 & 2 completed
area included all of West Warwick and parts of Coventry, Cranston, Warwick, East Greenwich, and West Greenwich; and all of Central Falls, Pawtucket, and North Providence and parts of Providence, East Providence, Smithfield, Lincoln, and Cumberland.

A second aerial spraying application was held on September 25 to control adult mosquitos in two areas of Rhode Island assessed at a critical risk for the EEE virus. The areas were identified using several factors, including information about new human cases of EEE, cases of EEE in non-human mammals, positive mosquito samples in Rhode Island and in neighboring states, and information about the habitats in which mosquitoes most readily breed.

Parts of 12 communities were aerially treated with mosquito pesticide. The spray area surrounding West Warwick included all West Warwick and parts of Cranston, Warwick, East Greenwich, West Greenwich, Coventry, and Scituate. Some of this area was previously sprayed on September 9, but officials expanded this zone westward to Route 102 in Coventry and both westward and southward in West Greenwich. The southwest area included much of Westerly and parts of Hopkinton and Charlestown that were already sprayed on September 10. This expanded area of critical risk encompassed new swaths of Hopkinton, Richmond, and Charlestown as well as the southwestern section of South Kingstown.

How To Repel Ticks and Mosquitoes

A message from the Rhode Island Department of Health